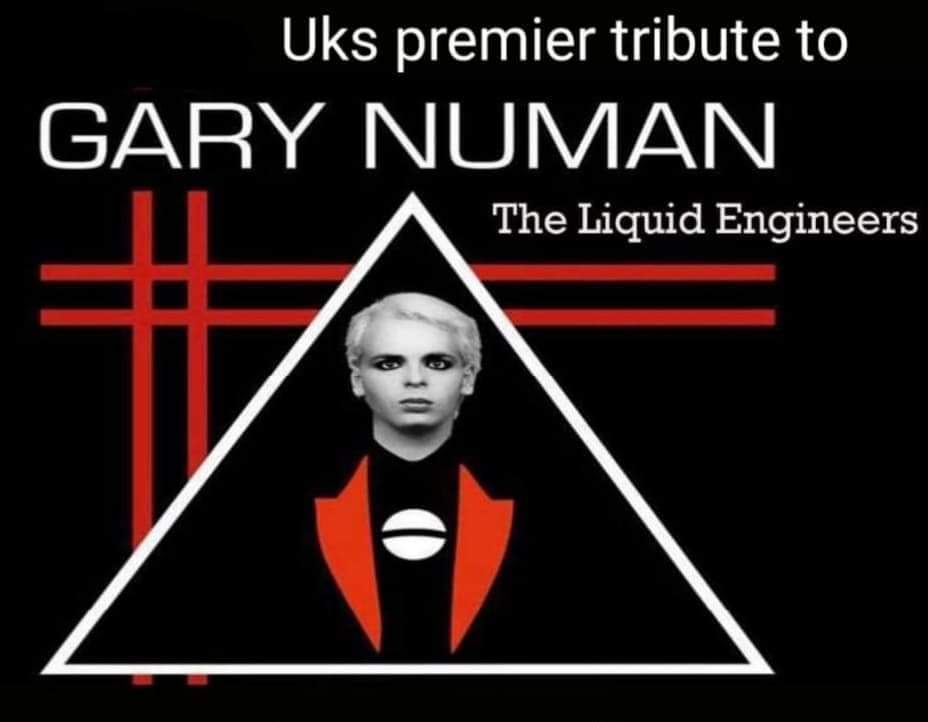 Gary Numan has been cited as a major influence on acts such as Nine Inch Nails to Prince,his music has been covered by acts from Beck,Blur, Basement Jaxx, Africa Bambatta Marilyn Manson,Little Boots and many more.

Standing within the smoke and haze effects and with the light show transporting you to the front row seat of a Gary Numan concert, PAT MARTIN without doubt, the  hardest working UK Gary Numan tribute, delivers  a vocal and visual spectacle from the moment he hits the stage  and the band begins to perform that unique and authentic NUMAN sound

THE LIQUID ENGINEERS are now established as the UK’S premier tribute to the career of Gary Numan and 2023 has proven to be their busiest year to date as they grow in popularity.  Performing  material from the start of Numans career to his current sound the 5 piece band delivers at every level and they give Numan fans old and new a show that will remain in your memory long after you left the venue.