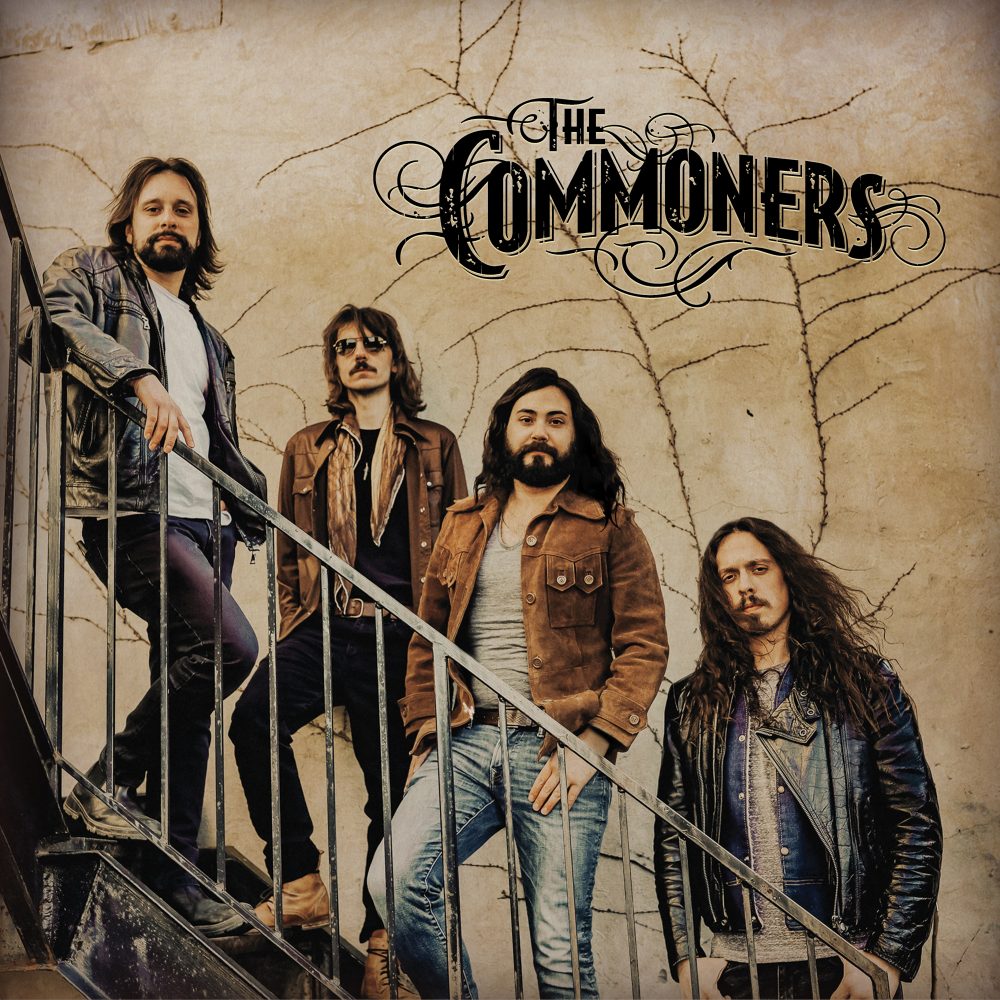 Offering their own blend of rock and roll, southern blues, and roots music, the Toronto-based four-piece band are known for their high-energy riffs, soulful vocals, and rich harmonies. The result is an authentic Southernstyle rock experience.
The group was cobbled together over the course of a decade, adapting through numerous obstacles to form the unit as it exists today: Chris Medhurst (vocals/guitar), Ben Spiller (bass), Ross Hayes Citrullo (lead guitar), and Adam Cannon (drums). Often joined by their friend, organist Miles Evans-Branagh, The Commoners unite under a shared dream: to write, perform, and share music that is an authentic nod to the greats who paved the
way before them.
“The new album authentically embodies the rock and roll, soul, and blues rock experience,” says the band’s lead singer, Chris Medhurst. “That’s something we really wanted to bring back. That’s the roots. That’s what we listen to.”
“The Black Crowes are a considerable influence for us,” says Medhurst. “Derek Trucks, Marcus King, Led Zeppelin, and The Allman Brothers Band, too. These are the bands that we wear on our sleeves as we aspire to create our own music and sound.”

The Commoners will perform tracks from their current album “Find A Better Way” which includes the singles “Fill My Cup,” “Find A Better Way,” and “Too Much.” Classic Rock Magazine describes the new album as “Rootsy, soulful and bluesy, these are timeless songs steeped in classic rock tradition.”

The opening lines, “If I scream at the top of my lungs and stamp my feet ’till the floor comes undone,” immediately triggers the wild ride that follows.  Reminiscent of highly respected bands like Free, Blackberry Smoke, Black Crowes and Rival Sons, The Commoners have crafted an authentic collection of unforgettable songs that strike the perfect balance between old and new.

“Troy Redfern has the best record of his career on his hands with The Wings of Salvation. Highly recommended.” – Rock and Blues Muse

Hot off from winning Hard Rock Hell’s “Blues Artist of the Year” award and following hot on the heels of his recent singles “Come On,” “Gasoline,” “Sweet Carolina,” and “Mercy,” Troy Redfern’s current album, “The Wings of Salvation” has fast become the critics’ favourite and best-selling album to date.

After releasing an unprecedented six albums in just under two years, Troy’s new album “The Wings of Salvation,” is being hailed as his most compelling work to date. The album highlights Redfern’s powerfully edgy vocal delivery, condensed song writing skills, tight arrangements, complimented by his trademark “firebrand” slide guitar playing, giving him the moniker of Britain’s King of Slide Guitar.

Classic Rock Magazine made “Wings of Salvation” their “Blues Album of the Month,” and said, “Sweet Carolina, thankfully, is more Bolan-Stones stomp than Neil Diamond syrup, while Come On is the best here, sharing a little bit of DNA with ZZ Top’s La Grange and stealing Muddy Waters’ pay-off (‘Got my mojo workin’). At this creative pace, you couldn’t catch him in a runaway stagecoach.”

Over the past 15 months, Troy has toured the UK with Robert Jon & The Wreck, The Quireboys, The Sweet, DARE, and When Rivers Meet, picking up new fans every step of the way.  Championed by the UK’s Planet Rock, Troy’s singles “Come On” and “Sweet Carolina”have had repeated plays on the classic rock radio station’s main playlist.  Troy recently played Planet Rock’s Rockstock Festival and will play Planet Rock’s Winter’s End Festival on February 5, 2023.