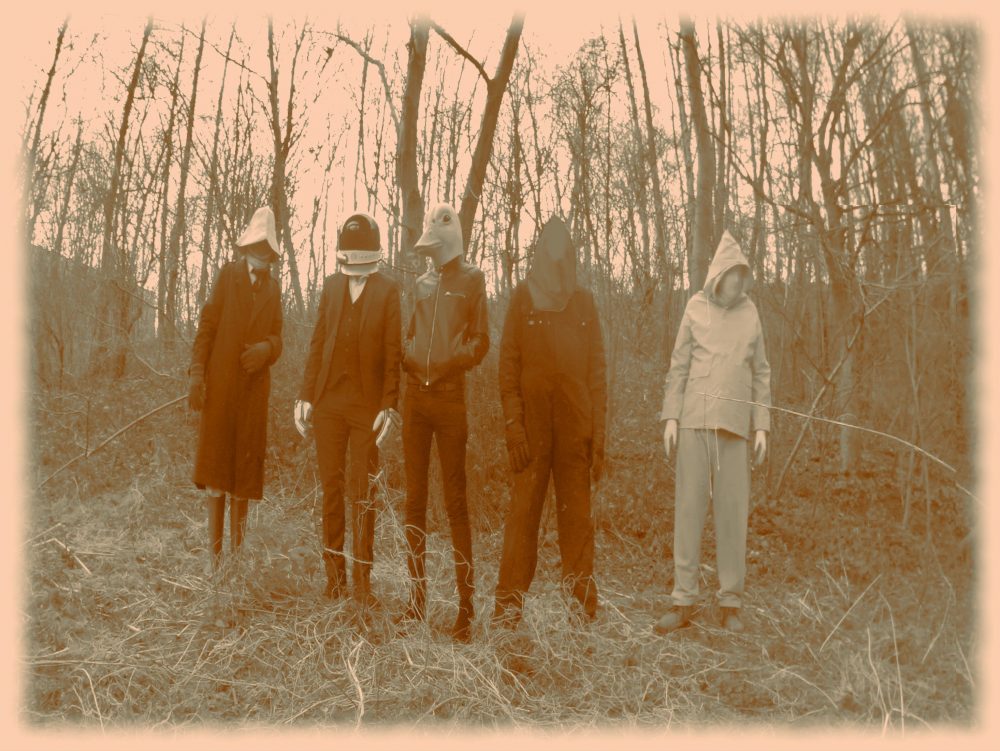 The Agency… return to the Cluny 2 to celebrate the launch of ‘In the Haunted Woods’.  Released on 23 October 2020, the launch has been postponed for a year.  In that time the album has gained critical acclaim and radio play both nationally and internationally.  For the launch, the band will be joined on stage by The Two Pennies Choir and are delighted to welcome their good friends Meiosis and Spider Noises.  The band promises a surprise or two along the way…

It would be easy to say here’s one for lovers of Nick Cave or the Tindersticks but then there’s more to them than that. Steve Lamacq, 6 Music Recommends.

An album from the North East’s best kept musical secret; and an album that will age better than a vintage red wine ….. ladies and gentlemen; I give you The Agency; thank me later. Alan Harrison, Rockingmagpie.wordpress.com

Like Mark Lanegan , the Agency … create a folk-noir trance that acts as glue between the various souls of the band, keeping at bay the interference of synths, in another of the deepest pages of the album, “Affluent” , a secular prayer that represents the kind of song of earth and nature that the English band celebrates with an inspired and original work.  Gianfranco Marmoro, Ondarock.it

“In the Haunted Woods” is a British resident in a world also inhabited by the likes of Appalachian murder ballads, crimes of the Old West and mafia lore. There’s desperation in the darkness, weighted with dread. It’s infectious.  Chuck Campbell, eu.knoxnews.com

Soothing and sorrowful in equal measure, In The Haunted Woods is infused with a trademark sombre crooning that will delight long time followers of the group.  Tom McLean, NARC Magazine

The album is best described as a musical kaleidoscope of artistry that combines dark indie-rock with Nick Cave-esque balladry to create an endlessly giving and complex meditation on mortality and the human condition. Sam Bennett, NE Volume