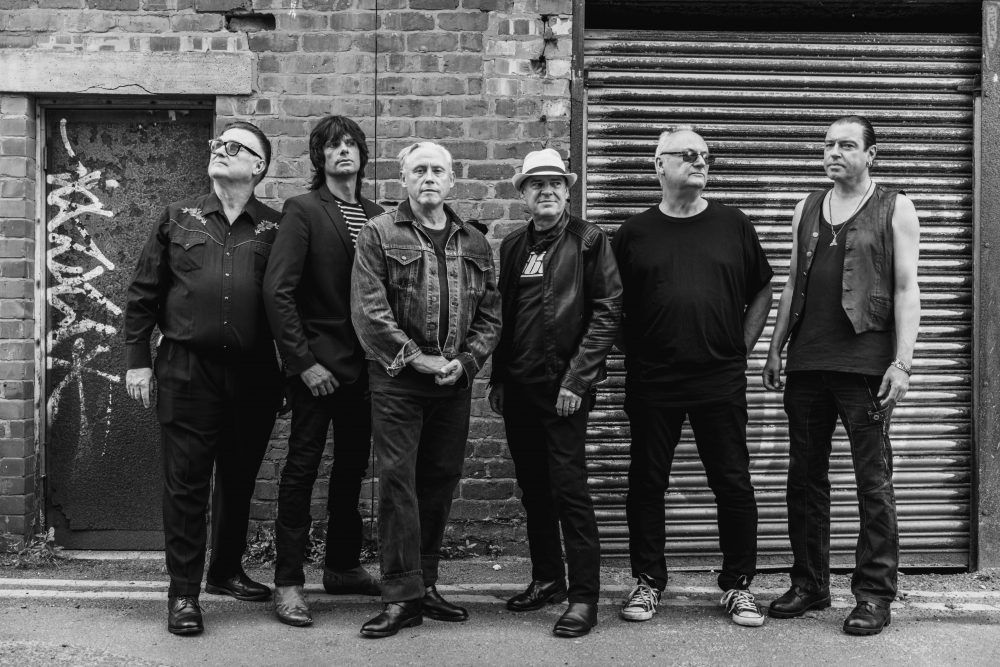 Hard to believe we know but it is true, Kirk Brandon has now been leading SPEAR OF DESTINY
for over 39 years.
SPEAR OF DESTINY were formed in 1983 after the demise of Kirk Brandon’s post punk iconic
rockers THEATRE OF HATE. (Brandon had also, before TOH, been the main man in every punk
rockers favourite band of that era The Pack)
The current line up of Spear is the longest serving to date and features Adrian Portas (New Model
Army / Sex Gang Children), Craig Adams (Sisters of Mercy / The Cult / The Mission) and Phil
Martini (Jim Jones and the Righteous Mind) on drums. During 2019 the line up was boasted by
Saxophonist Clive Osborne. Long time Brandon collaborator Steve Allen-Jones completes the band
line up on keyboards for 2022.
Post Pandemic has seen SOD play some fabulous club shows and festivals including sell out shows
at the iconic 100 Club in London, Manchester Ritz and Glasgow Oran Mor. SOD&#39;s performances at
Sign of the Times, Rebellion and Kubix festivals have heralded fantastic reviews “Festival Stealing
Dream set” wrote The Northern Echo.
Over the past year Brandon has penned 14 brand new tracks for SOD and these songs will form
Spear of Destiny&#39;s 15 th Studio LP release entitled &#39;Ghost Population&#39;. These brand new recordings
will be released across the world on Monday 31 st October 2022 via Brandon&#39;s own Easter Snow
recording Company. A 12 show tour of the UK starts on Tuesday 6 th December 2022.
Comments on Kirk Brandon and Spear of Destiny:
The BBC’s Jeremy Vine says, “@kirkbrandon is one of our greatest musical geniuses”
John Robb’s Louder Than War “Spear of Destiny are criminally underrated and are one of Britain’s
best, Boys Own, punch the air, grandiose Rock’nRoll bands.
Mojo wrote: “Kirk Brandon is on of the UK’s best kept secrets”.
On SOD&#39;s previous studio album ‘31’(Thirty-One).
BBC Radio’s Jools Holland: “possibly [Spear of Destiny’s] best album in 20 years”
Louder Than War: 9/10 Brandon puts his all into every song with epic bombast, coming across as a
tragic rock n roll anti-hero. He is the Wagner of rock n roll. And the haircut’s still pretty cool.
Aberdeen Voice: Thirty years together makes for flawless musicianship, a unique sound, and some
remarkable riffs and harmonies.
http://www.kirkbrandon.com
https://www.facebook.com/ kirkbrandonofficial