The Four Horsemen of The Rock Apocalypse presents: 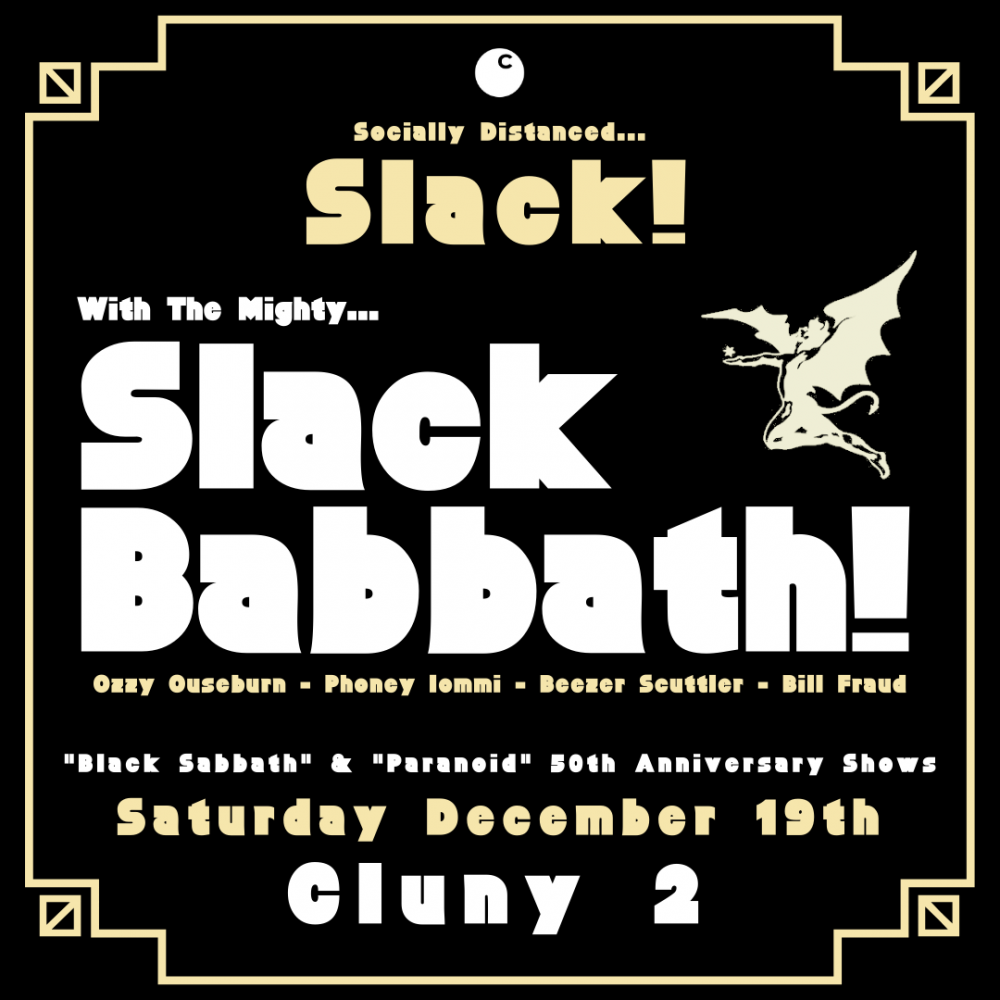 Decimating all in its path!

With a planet in despair, a messenger was dispatched to bring news of this strange & powerful new entity, known only as “The ‘Rona” to THE FOUR HORSEMEN OF THE ROCK APOCALYPSE in the hope that they could be summoned from their underground Ouseburn lair in order to confront it head on & banish the scourge from our world using the sheer power of THE ROCK!

Though hopes were high, expectations perhaps, were not, as this is a complex beast, far stronger & seemingly far more intelligent than anything ever dealt with before…

Though what many didn’t realise was the fact that 2020 also brings with it a 50th year anniversary of not one, but TWO of the mighty cornerstones of what we now know as THE ROCK!

Two totemic talismans, each containing some of the heaviest primordial ooze & cosmic metal broth to ever be unleashed on this world!

No other beings on earth have such an affinity with these mighty talismans as The Horsemen themselves, so with that in mind, come bear witness as they harness the full potent powers of the 1970 titans BLACK SABBATH & PARANOID in their entirety, subsequently unleashing a sheer tidal wave of sonic terror, intent on banishing this beast from our world  forever & hopefully enabling the people of earth to welcome back in a more familiar & simple way of life…

So join us at The Cluny 2 on Saturday December 19th for two socially distanced shows celebrating the 50th anniversary of the first two Black Sabbath albums “Black Sabbath” & “Paranoid” which will be performed in their entirety back to back, plus a selection of other favourites!