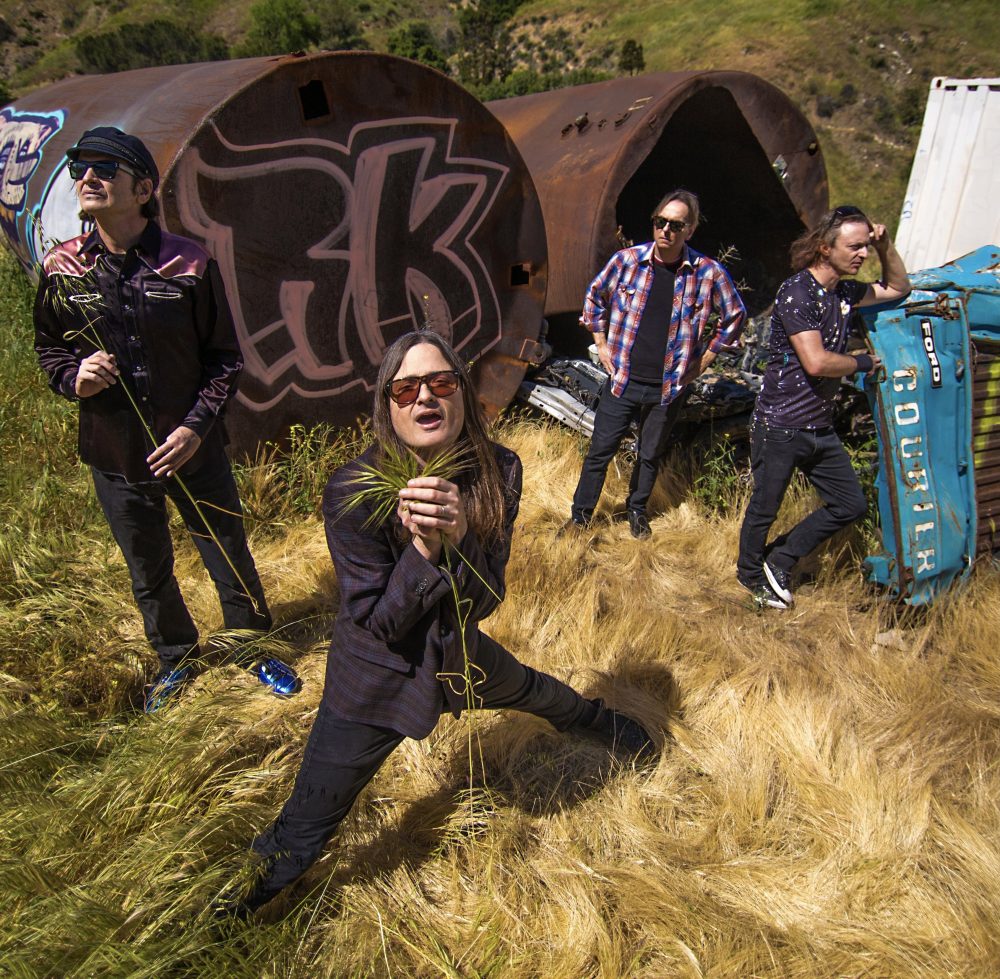 Redd Kross | Beyond the Door | MRG684On August 23, Redd Kross invite you to explore Beyond the Door, an album inspired by the band’s “total commitment to having the best f*cking time we can have while we’re all still here” (what they like to call “the Party”). It’s a rock and roll record and a celebration of everything brothers Jeff and Steven McDonald love, from cultures both high and low. Musically, it’s guitars, bass, and drums topped with a generous por-tion of sweet vocal melodies often delivered with an ambiguous edge.Jeff and Steven started making music together in southern California as Red Cross during the first wave of Los Angeles punk rock, famously cutting their teeth opening for Black Flag at a middle school gradua-tion party. 2012’s Researching the Blues, Redd Kross’ Merge debut and first new record in over a decade, was met with critical acclaim and popular demand for reissues of their back catalog gems Teen Babes from Monsanto and Hot Issue.Beyond the Doormarks Redd Kross’ most collaborative record to date. Steven describes this evolution: “Jeff is still very much the driving force behind the compositions, but with more help from me than ever. Jeff and I haven’t shared this much of the writing and singing since Born Innocent in 1981.” Guitarist Jason Shapiro and drummer Dale Crover (Melvins, OFF!) are longtime members of the Redd Kross live band, but this album marks the pair’s recorded debut with the group. Mixed in Los Angeles by Steven McDonald, Beyond the Door includes notable guest appearances from Anna Waronker (That Dog), Geré Fennelly, Buzz Osborne (Melvins), and Josh Klinghoffer.Setting the stage is album opener “The Party,” a raucous cover of the Henry Mancini-penned title theme from a 1968 Blake Edwards film.