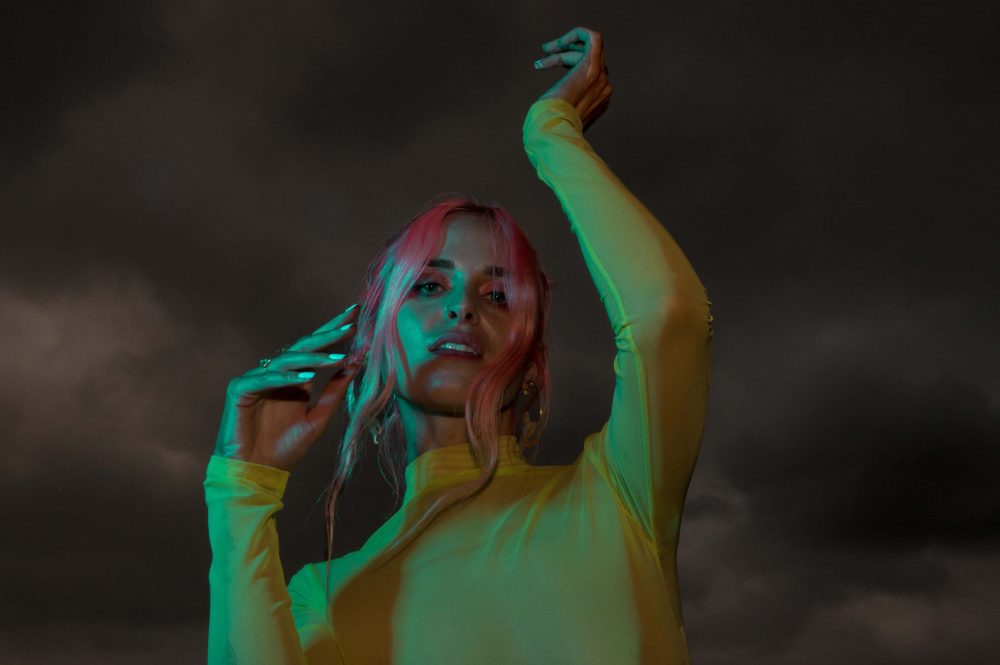 Kyla La Grange’s third album, While Your Heart’s Still Beating, is an unflinching coming-of-age confessional that explores the tension between youth and adulthood for a generation stuck in suspended adolescence. With extraordinary dexterity, La Grange has created a piece of work that feels epic in scope and subject matter with a startlingly raw, unflinching intimacy at its core, and emerges as her most accomplished songwriting yet.

Opener ‘Neverland’ plays like an anthem for the lost millennial: a beautifully crafted slice of alt-pop that crests on the euphoria and subsequent sadness of a night out (‘But I’m still staring in the mirror at 3am/ Sad to wash the glitter off’) before plunging the listener into a late-night reflection on self-worth and anxiety. It captures a wide-eyed hunger for life set against the terror of acknowledging youth’s transience (‘When your memories are fading/This one will be phosphorescent, still alight’). We are invited to bear witness to some of La Grange’s innermost thoughts and a theme fundamental to the album: the fear that she’ll look back one day and see a life that wasn’t lived to its fullest.

While Your Heart’s Still Beating is a captivating bildungsroman that is an evolution from La Grange’s earlier work, though she is no stranger to metamorphosis: From the embers of the ‘savagely passionate, 21st century torch songs’ of her anthemic goth-folk debut album ‘Ashes’, she re-emerged with the delicate electro-minimalism of ‘Cut Your Teeth’, before turning her hand to singles like the brooding trap-inflected ‘Skin’ and the analog 80s nostalgia of ‘Hummingbird’, a neon-drenched synth pop ode to indecision.

La Grange first started writing songs in her bedroom at fifteen before venturing out into the open mic circuit in her hometown of Watford. After graduating with a degree in philosophy from Cambridge University, she continued to play acoustic gigs around Cambridge, London and Watford while recording demos in studio downtime with producers she met on the live circuit. Between part-time jobs, she messaged record execs, managers and promoters on Myspace and found a home for her pop-folk/indie-rock playing London’s Communion and Chess Club nights, going on to release four singles through Chess Club, including fan favourite Vampire Smile.

Her debut album, ‘Ashes’ was released through Sony, and was described as ‘a powerhouse of production, tweaked and polished in the studio to produce a Spectre-like wall of sound.’ Sonically, her sophomore record was a dramatic departure from her first, as showcased by lead single ‘Cut Your Teeth’, which premiered to widespread acclaim. A crystalline dream of minimal synths and percussive field-recordings over an unctuous wobbling bassline, the track made waves across the blogosphere and caught the attention of emerging DJ Kygo, who ripped the track from Soundcloud and remixed it.

The Kygo remix was a huge success, and was released as a single by Kyla and Kygo together. It has since amassed over a hundred and forty million streams on Spotify alone.

La Grange was asked to tour as a vocalist with legendary British electronica group Faithless for their 2.0 comeback tour, which saw a run of arena shows and European festival circuits. She began to release standalone singles in between Faithless shows, and returned to her own live shows with a renewed and impressive stage confidence borne from her time spent touring.

Of While Your Heart’s Still Beating, La Grange says, “I wanted to write as honestly as possible, to create something that took to me to the edge of where I was comfortable, because those are the part of our minds that we often try to avoid, but they’re also the parts that really make us who we are.”