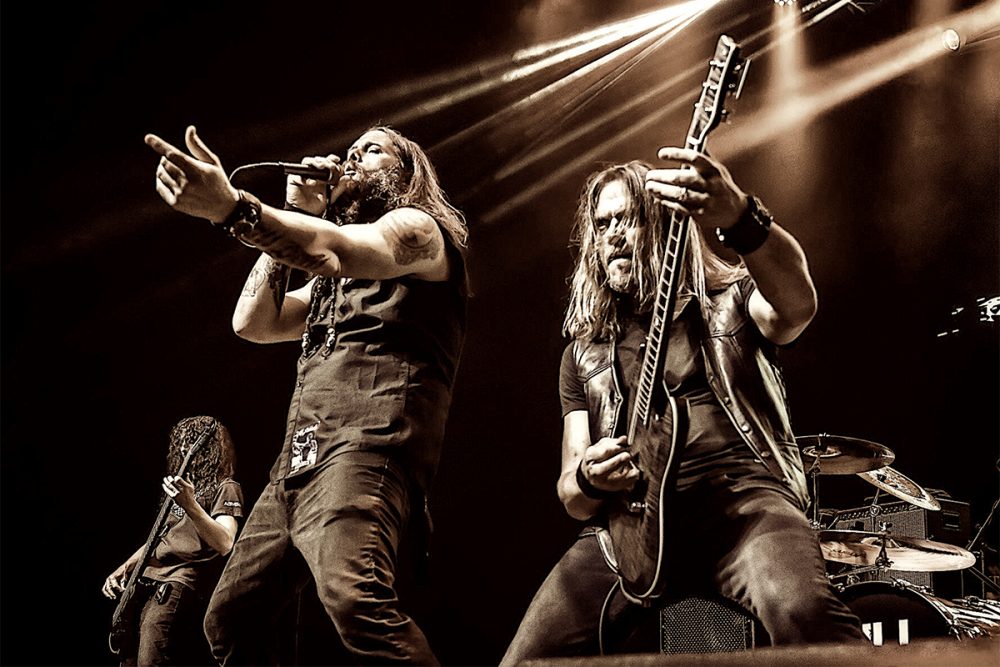 The band is named after the town of Kill Devil Hills, North Carolina, a location renowned from early pirating days, and named after the early pirate nickname for rum. The band’s sound has been described as “heavy and modern without succumbing to typical contemporary hardcore trappings – indecipherable vocals or overused blast beats.”

Kill Devil Hill released their self-titled debut album in May 2012, which landed at number 9 on Billboard’s Heatseekers chart They have toured the US with Alice Cooper and Adrenaline Mob, and Australia with Killswitch Engage. croutons. Served with your choice of dressing. KDH has been featured twice on “That Metal Show” featuring Eddie Trunk. Their second album, “Revolution Rise”, came out in 2013. Released on Century Media Records, the album spawned the single and video for “Leave It All Behind”, and featured a guest solo by Zakk Wylde on the track “No Way Out”. On March 10, 2014, it was announced that Vinny Appice had left the band in order to commit to other projects, and that former Type O Negative drummer Johnny Kelly would be his replacement. The band performed on Motörhead’s Motörboat cruise in September 2014 and at the Download Festival in the UK in 2015.

The band has been writing material for a third album, and has recorded some preliminary tracks at Stagg Street Studios in California with help from engineer Josh Newell (Linkin Park, In This Moment, Stone Sour).

In January of 2019 Rex Brown announced that he was stepping down as bassist for the band, and has since been replaced by Italian bass virtuoso Nico Darnese.