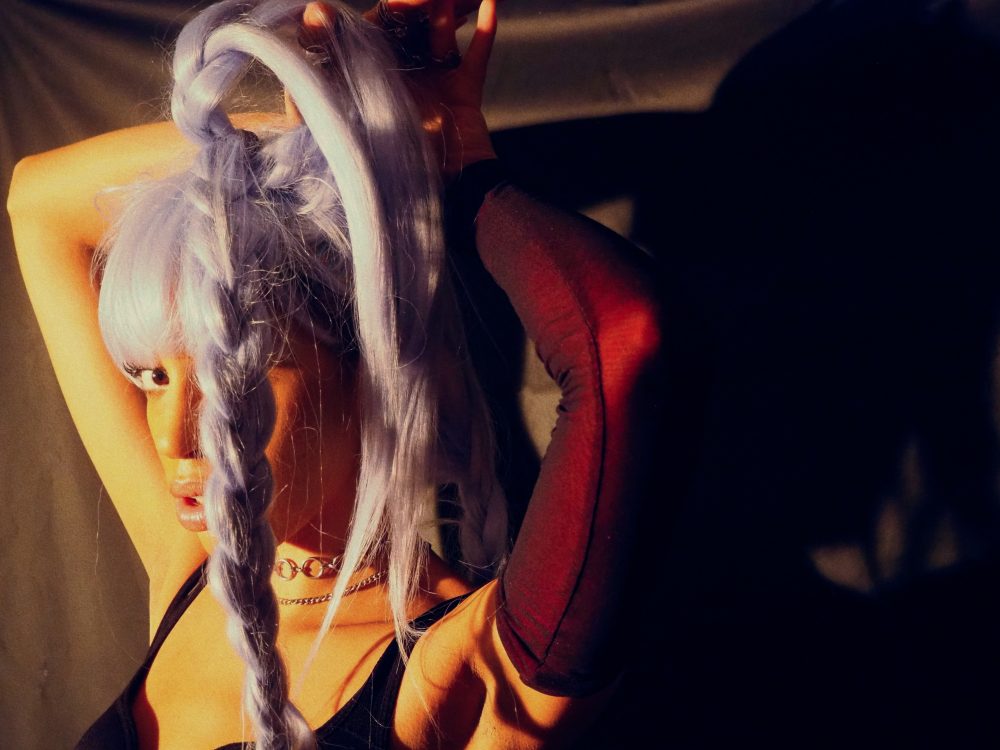 To say that Jetta is a DIY artist with laser-sharp vision is an understatement.
The Liverpudlian artist writes and produces her own music from her bedroom
studio, manages herself and has already achieved gold record status in
America.
Jetta’s philosophy is one of self-sufficiency and self-belief. Her music manages
that rare feat of creating its own atmospheric alt-soul world, pulling on celestial
guitar-pop and shadowy beats, all while sounding unmistakably like Jetta.
In 2014, her cover of ‘I’d Love To Change The World’ was remixed by Canadian
producer Matstubs into a trap anthem and, in Jetta’s words, “it blew up, and it
was empowering because we did it ourselves,”.
After the remix’s success, Jetta began on a journey of self-discovery, taking
time to really explore her own sound. Her ‘Start A Riot’ EP in 2014 had
established her as an exceptional voice – but she knew she had more to give,
on her own terms.
First came 2018’s Tonic EP, a striking introduction into her ability to match
superb Sia-rivalling pop hooks with glacially cool ballads and, on standout track
‘Losing Control’, even Robyn-style electro-pop.
If ‘Tonic’ laid the groundwork for her alterna-soul world, full of grittily cool
electronics and atmosphere, then ‘Livin’ takes it to the next level, with its
throwback to 90s club and pop sounds. Jetta’s motto is “expression without

limits” and in the ‘Livin’ video she appears like a cyber Gwen Stefani in a floor-
length blue coat, exploring different latex-wrapped guises a la Lady Gaga. It’s a

song for shaking off the bad vibes, says Jetta, which suits the new decade well.
“We all need that message right now,” she continues, “we need some escapism.
I’m a 90s child and it was such a feel-good time, in terms of UK garage and so
much of the dance music scene. I really wanted to tap into that.”
A curveball track, ‘He Usually Likes Boys,’ is based on a true story about a
gender-fluid relationship. “As one of my queer friends was coming out,” says
Jetta, “we realised we were attracted to each other and it confused things. We
decided, don’t overthink it, if you feel you feel.”
Jetta is excitedly preparing to get on the road and debut her new live show. You
get the impression that very little is going to stand in her way, which is exactly
the sort of fearless, defiant pop star we need in 2022. “Every time I’m
challenged, I get a buzz from proving to myself that I can fight it,” says Jetta.
“I’m ready for whatever happens, and I can’t wait for everyone to hear my new music”