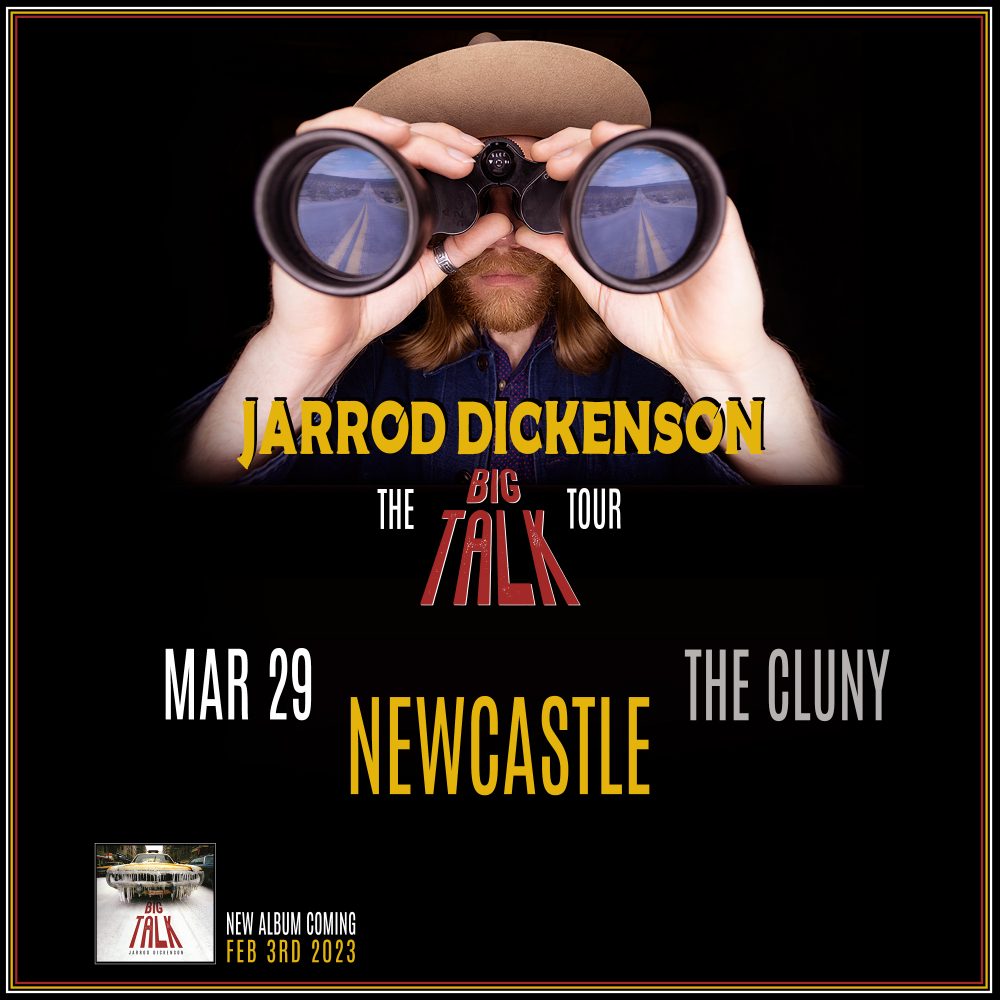 If Jarrod Dickenson’s third studio album, BIG TALKsounds like a mighty roar of defiance, that’s not a design choice or a marketing decision. The big Texan is settling scores all over town and he means every f*cking word. It’s been something of a journey for Dickenson in the years since his last album, Ready the Horsesdrew the appreciation of listeners, press and radio alike and yielded invitations to tour with such legendary figures as Bonnie Raittand Don McLean. Q Magazinenoted how “…his songs carry an independent spirit and grit… a hard-bitten, yet romantic eye that seems bred into Lone Star Songwriters”, while American Songwriterobserved that “…his deep, emotional, often luxurious voice envelops songs of love and loss, enticing you into these stories.” Uncutcame right out and called him “a smokey-toned Texan with a smooth line in Country-Soul…” and on the evidence of the album’s more mellifluous moments, it would be hard to disagree with this snapshot of Dickenson as something akin to the Otis Redding of Americana, a Sinatra of The South.