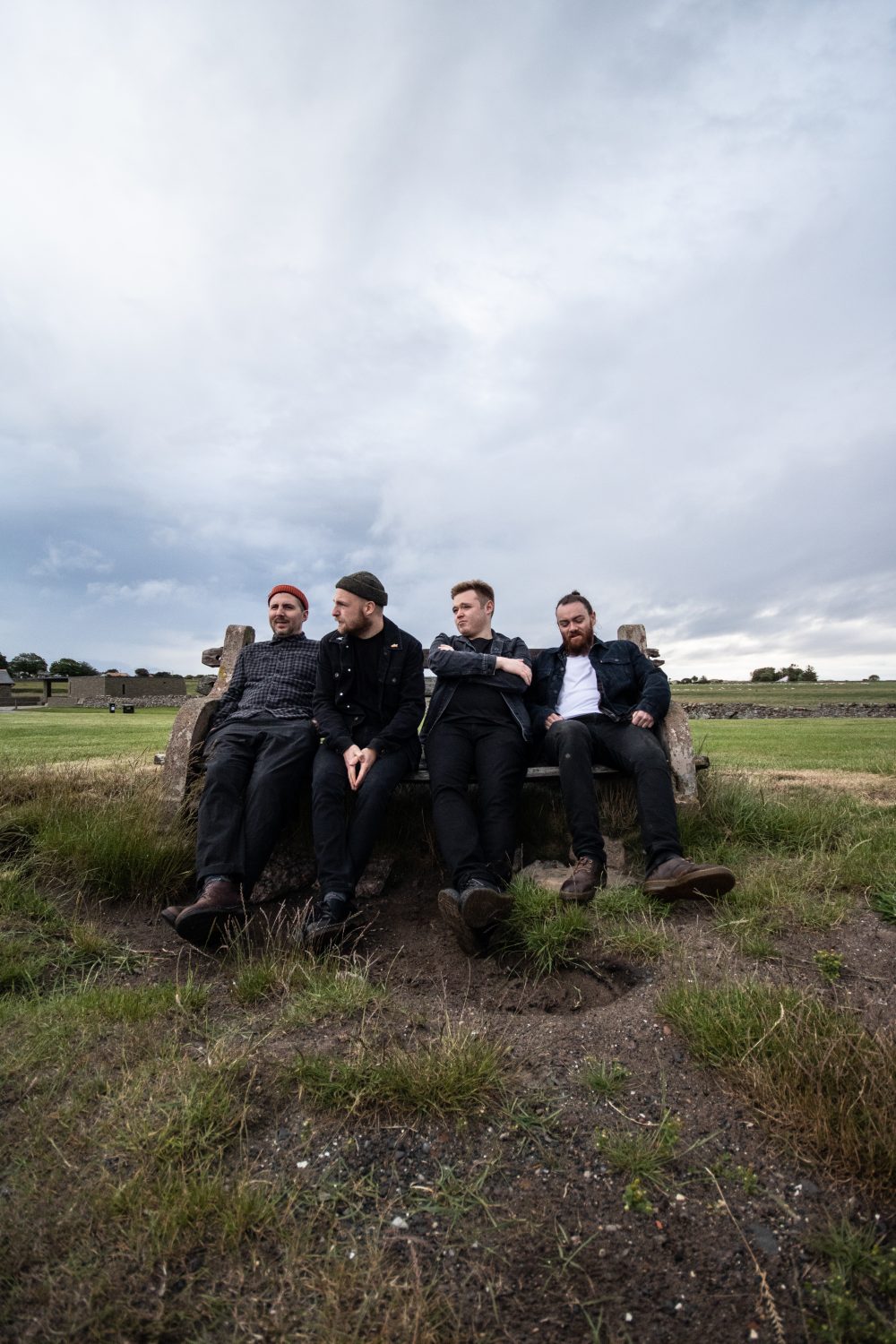 North Tyneside band Hector Gannet reminding us about things that matter, in a rather beautiful and poetic way. Debut album ‘Big Harcar’ (named after a small rugged island off the north east coast of England) may contain love songs to the land, and to nature, yet they don’t shy away from the difficult issues we all face. Song themes include empowerment of those who fight for just causes, and about the different interpretations of Patriotism. Disregard for the planet, the selfish and ignorant draining of its resources, and the exploitation of regular working class people by the media and government. This is no mouthy rant though; the thoughts of Aaron Duff, who works both solo and as Hector Gannet’s band leader, are presented rather beautifully, be it with clean guitar lines and gentile vocals, or with massive crashing guitars. Straddling folk and alt rock, they have fittingly self-branded their sound as Harcar Rock. The idea that beauty and danger are often connected is not lost on the four young men who named their band after a sunken vessel.

“The boat [Hector Gannet] was on its way to rescue people in trouble, lives were in danger, and as a result lives were lost. It was tragic, but the sentiment of what was occurring is a very positive thing. If people don’t try and help one another then we’re all doomed,” says Aaron. He was born and grew up in North Shields, and like many in that area he hails from a family steeped in the industries of fishing and shipbuilding.

Their endearing Harcar Rock, began to draw new attention when Hector Gannet was invited by North East Film Archive to write music for a UK wide project ‘Britain On Film’ ran by the BFI. It was whilst trawling through the vintage footage of his native north east for inspiration that Aaron unexpectedly came across footage of his Grandfather and other family members;

“ I came across a film called; ‘The Way We Live: Fishermen 1959’ and found it featured my grandparents and my uncle as a young boy, I was astonished, more so knowing the soundtrack was written and performed by folk icon Ewan MacColl. I find it honestly mind blowing that this legend, one who’s songs I’ve been hugely influenced by, was viewing footage of my home town and writing about it, let alone footage of my own family. The line “kiss the wife and the kids goodbye” accompanies the clip of my Grandad leaving the family at the door to go off to sea. How could I not be inspired by that!”

Also, my Grandad had been on the Hector Gannet when it sank, losing some of the crew, even though he lived to tell me the tale. So when this happened I really felt as if this was all coming together for a reason.”

The resulting 42 minutes of music written by Duff was performed in theatres and other venues around the north-east, to sell out crowds, and Hector Gannet were also invited to perform the score in London. This, along with more new material they were writing, resulted in an old school friend getting in touch. Sam Fender was really catching fire around that time and he invited Hector Gannet to support on various dates around the UK leading up to, and also after the release of his own debut album. Speaking on stage in London last year, Sam Fender said“I just want to thank Hector Gannet (for supporting), he was a couple of years below me in school and he’s a f*cking great songwriter”

Further plaudits show the band appeal to a wider demographic too. Closing track The Haven of St Aidan’s didn’t go unnoticed by former Animal, Hilton Valentine, who summed the track up pretty sweetly on his Facebook page – “… Back in the late 60s-mid 70s progressive rock bands like The Paupers and Caravan had lengthy songs that took the listener on musical journeys changing style and tempo along the way. Hector Gannet does this in their own style. Great job lads!”

Big Harcar comes out on Guga Records on Oct 30th, was produced by Paul Gregory of Mercury shortlisted Lanterns on The Lake, and features Lanterns singer Hazel Wilde on ‘Into The Deep’, a song reminding us of what we are collectively doing to the oceans. Wilde’s siren like vocal echoes in a distant foreboding manner, alongside harmonising reminiscent of the Everly’s by Duff and guitarist Martin Wann. It stalks and reminds the listener that bad things can, and indeed will eventually happen. Then at the point where the fulcrum eventually tips, the listener is crushed by a tidal wave of magnificent crashing guitar sound and blissful noise. It’s remarkable stuff.