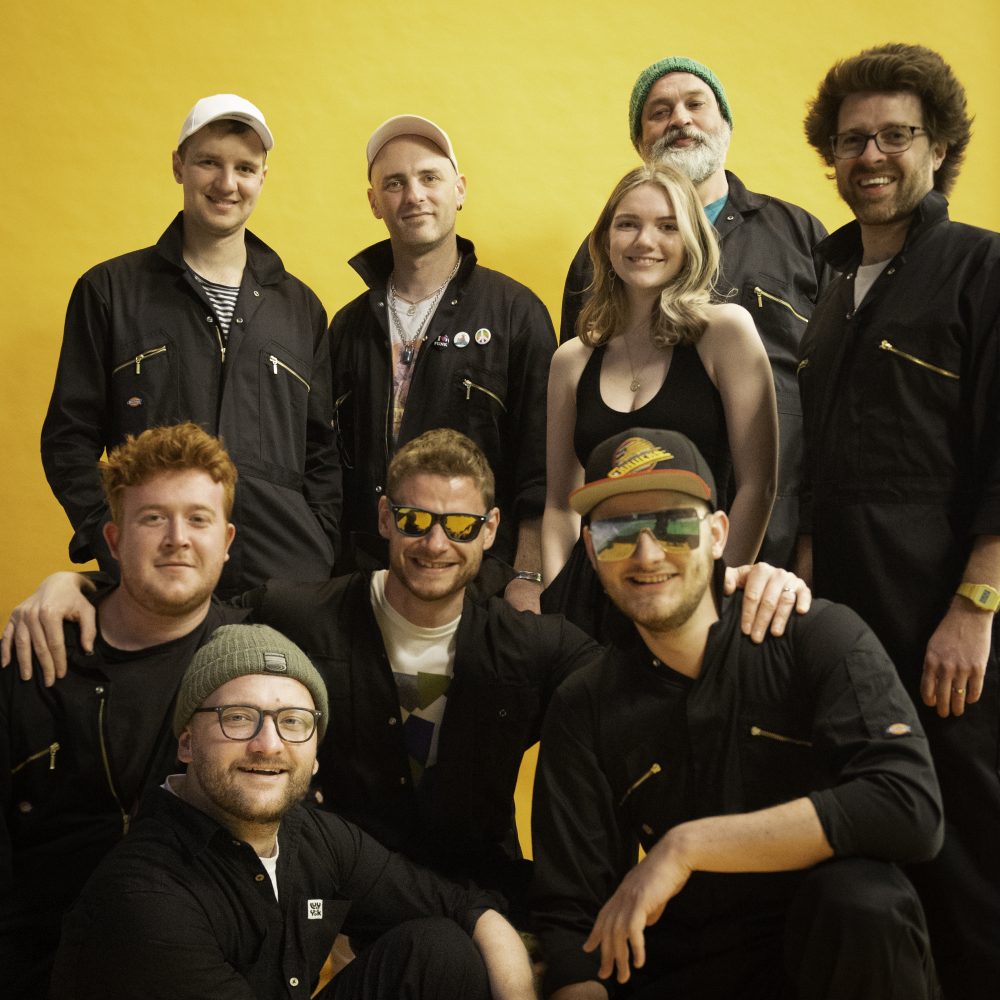 CUT CAPERS are a 9-piece Bristol band whose energetic live performance and infectious sound have won them a cult following on the British festival scene. Mixing a heavy 4-piece brass
section with funk, dance and hip-hop. Like all the best bands, their sound is hard to pin down
but comparisons have been made to “Lianne La Havas, Hot 8 Brass Band and The Streets” among many others (The Bristol Magazine).

Cut Capers have established themselves as go-to festival favourites, playing headline shows and main stage performances at some of the UK’s biggest festivals including Glastonbury and
Boomtown Fair. They have now performed in over 50 cities across 8 countries including Italy, Turkey and Bahrain.

“Come on! That puts a wiggle in your walk!” – Craig Charles, BBC Radio 6