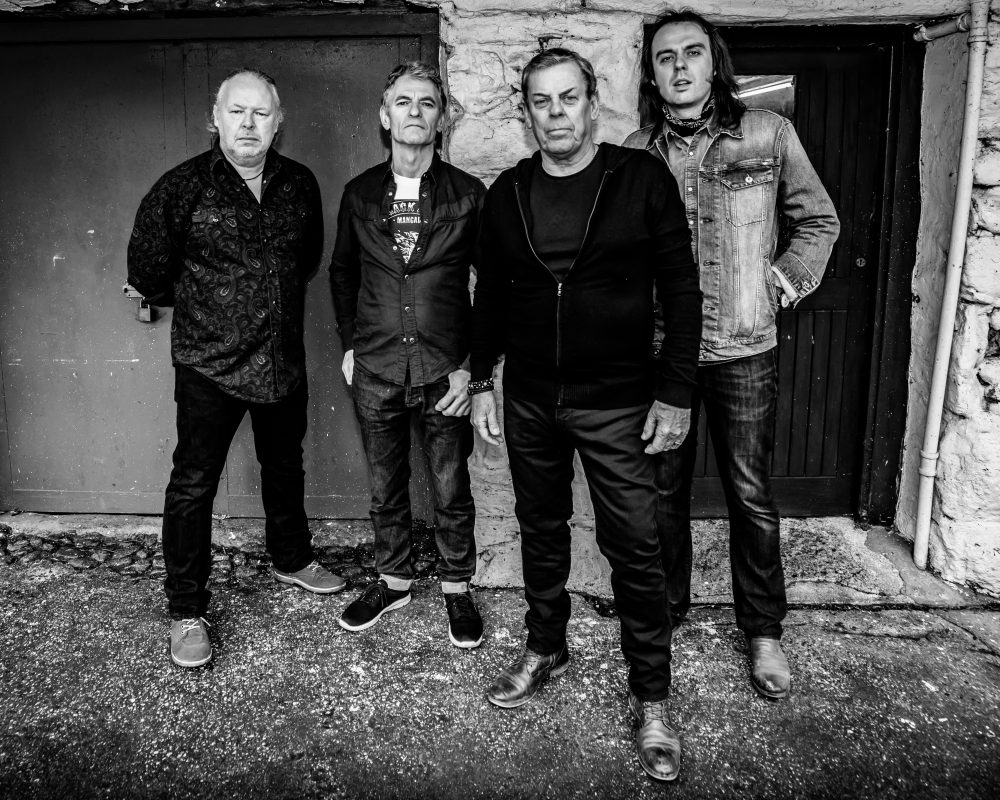 A celebration of the music of Rory Gallagher
Winners of the European blues awards 2013
Not just the notes – but the sound,energy and feel of Rory Gallagher,delivered by people who helped define it….

“Really has the atmosphere of a Rory concert”  – Lust for life
“This is not a tribute band but a group of its own.The group works wonders” – Rock & Folk
“Sparks fly from the first note.The Band of friends is pure cracker” – Blues focus
“The pleasure flies in your face” – Voor
“A sturdy pot of blues rock – they impressed,and not only me” – Bluesbreaker
“Emotional highlights – a fantastic interpretation” Rockblogblues
“In the music industry its hard to find something this well done.Priceless” – Miuskk.com
“Like no other power unit,they celebrate the amiable guitar hero’s passion on stage” – The blues alone

When the Irish guitarist – vocalist passed away,he left behind an eleven – album catalogue of inspired music,and the memory of unforgettably energetic concerts

Bassist Gerry McAvoy (Rory Gallagher/Nine Below zero/Champion Jack Dupree/Deep Joy) appeared on every one of these albums.
“ It must have been around 2006 when I started listening to all my old vinyl,which I hadn’t listened to for years.
Among these records were my Rory Gallagher albums. I played them constantly,realising what great songs and what a great composer Rory really was.
I wanted to take these songs and play them live,but I needed the right musicians.
Ted McKenna (Rory Gallagher/Senstational Alex Harvey band/Michael Schenker group/Gary Moore/Greg Lake) came on board,as did Marcel Scherpenzeel (Guitar & vocals) who I had met a year or so before.
This was to become a 8 year journey. Sadly we lost Ted in January 2019.
Marcel has formed his own band.
So here we are in 2020 with a new line up,and a fresh approach.
we will be touring extensively,celebrating Rorys 25th anniversary

BAND OF FRIENDS
Paul Rose. A guitar players guitar player. He has played with some of the top names in the business.
He was picked by Rory out of 1000 young guitarists to win the Fender sponsored best guitarist competition.
“A very hot player” – Rory Gallagher
“Paul blew my mind, Im very proud of him” – Seymour Duncan
“ Quite possibly the best guitarist Ive ever seen” – British blues news
“ Ingenious and staggering” – Guitar & Bass magazine
“ Truly special,exceptional” – Guitar techniques magazine

Stephan Graf. Stephan has been playing with his own band Double vision, as a tribute to Rory. Stephan discovered Rory at a very early age. He really has the feel for Rory’s music.

“In the era of tribute acts who deliver note – perfect renditions of their heroes’ catalogues,the Band of friends is something different.They can do the notes played by electric blues icon Rory Gallagher. But they also do the sound,energy and feel – because the band includes people who helped define those essential elements” – Music today USA